(Summary description)As the emerging international brands and fast fashion brands continue to "invade", 2016 is an unforgettable year for the practitioners of local clothing brand industry.

(Summary description)As the emerging international brands and fast fashion brands continue to "invade", 2016 is an unforgettable year for the practitioners of local clothing brand industry.

As the emerging international brands and fast fashion brands continue to "invade", 2016 is an unforgettable year for the practitioners of local clothing brand industry. We see the decline of the leisure clothing market, a series of industry problems such as high inventory, the tide of closing stores, the transformation of running road and so on.

Under the situation of the continuous decline of the clothing industry, both the continuous layout and the deep development seem to be forced by the situation, and there are many helpless, and most enterprises are walking on thin ice, and the decision-making mistakes may be the outcome of all losses.

As SEMA officially entered the 10 billion revenue scale last year, together with Anta sports, Hailan home, Youngor and other enterprises, it can be predicted that in the next few years, there will be about 10 garment listed enterprises entering the & amp; 10 billion club & amp; in China. And this number let people see the hope of local clothing brands.

In response to the competition of foreign brands, Chinese local brands are also growing and the market is becoming more and more rational. At the same time, clothing brand enterprises are trying to transform themselves into eight immortals and show their magic powers.

The channel end of clothing enterprises has gradually stepped into the refined transformation stage driven by products and services and centered on consumers. Under the trend of personalized and experiential fashion consumption, we should pay attention to the investment opportunities brought by structural changes in the consumer goods industry, as well as the industry integrators who occupy high-quality resources in the process of accelerating the integration of channels.

Some industry insiders predict that the clothing industry in 2017 may usher in an overall recovery. With the improvement of the offline payment system, the retail reform brought by the new retail which advocates the integration of online and offline logistics, and the application of AR real scene payment technology, the clothing industry may usher in a real recovery in 2017, and various brands will open stores offline in succession. In the past year, Hailan home has opened stores with 972 new stores in the first three quarters, which is equivalent to an average of more than 100 stores per month. At the same time, its revenue in these three quarters has exceeded 10 billion, ranking first in the total revenue of Listed Companies in China's clothing retail industry in the first three quarters of 2016. However, behind the opening of the store, we need fashionable and practical products and design, flexible and quick response supply chain system, and meticulous and systematic operation management. Otherwise, no matter how many stores are opened, it is hard to escape the doom of closing.

Nowadays, clothing enterprises are seeking new changes. Like the home of Hailan, there are many enterprises opening stores and seeking new growth opportunities. At present, there are many products in the clothing market, and the competition among the same industries is becoming increasingly fierce. The clothing industry directly faces the consumer market, and its product development is closely related to consumer demand. Due to the variety of consumer demand, coupled with the rapid change of fashion theme, people demand more and more design and popularity of clothing products. It remains to be seen whether the transformation of clothing enterprises can be recognized by consumers.

The development of retail industry, in the past year, people often say that they follow Wang Jianlin to Wanda store offline, and follow Ma Yun to develop online Red economy online. Today, Wanda Group is seeking the growth of online business, and Ma Yun online is also aiming at the development of physical stores.

Data shows that 96% of millennials use mobile phones to pay more when shopping in physical stores. Mobile devices such as mobile phones have become the shopping partners of Millennials. In the future, online and offline seamless connection will become a new consumption trend, and omni-channel clothing enterprises and retailers will become the real winners. On the one hand, a wide variety of shopping choices broaden the sales channels of clothing brands, on the other hand, they can also optimize the shopping experience of consumers to the greatest extent.

Online and offline integration has become a trend. Whether it is the local old brand clothing enterprises or the emerging Taotao brand, they have realized the necessity of online and offline communication.

The traditional clothing brand baoxiniao had a net profit loss of 300 million to 390 million yuan in 2016. The company explained the reasons for the loss in the half year of 2016, such as the depression of macro-economy, the increasing knowledge of consumers, the change of consumption concept and the strong impact of Internet economy, which resulted in great pressure on the retail terminal and the decrease of income;.

Hailan House released its 2016 annual report on March 11. It is understood that during the reporting period, the operating revenue reached 16999591700 yuan, an increase of 7.39% over the same period of last year. Hailan home has high cost performance, focuses on accurate consumption psychology, and speeds up the high integration of online and offline. Hailan home has always adhered to the high cost performance as the core, gathered and integrated the superior resources of the industrial chain, accelerated the integration and complementarity of online and offline Omni channels, accumulated and improved brand value, and realized the sustained and stable growth of business performance.

SEMAR increased investment in Internet business and reformed its commodity system and retail system. SEMAR released the 2016 annual performance express on February 28. During the reporting period, the company achieved a total operating revenue of 1070312

Scan the QR code to read on your phone

All comments
0 comments already
There is currently no content to display
Please add data record on website background. 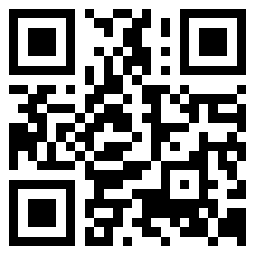